I’ve grown up with dogs throughout my childhood and can bond especially well with all dogs.

My first dog was a called Kizzy, she was a Retriever cross Springer spaniel and I will post some information about her in due course.

When she died, aged 16 in 1995 we as a family wanted to replace her with another dog and we were old enough and mature enough to deal with dogs that had come from the lost dogs home. Then came Jodie, a mixture of Jack Russell and something…we will never know, perhaps ‘mischief’ as she was constantly running away and certainly didn’t come back on call. To keep her company we bought an abandoned faithful and adorable black Labrador – Arnold. He had to the most stupid, dumb witted Labrador that we had ever met and was often running into things, or forgetting where things were. But he did carry one Labrador characteristic that the majority of Labs have – HE LOVED ALL FOOD…He was a mobile bin, and would catch food when thrown to him better than any cricket player or American Baseball player!

Both of these would live a wonderful life and enjoy walking throughout Essex on thousands of walks in their lifetime. Eventually, Jodie lost her eyesight and fell into depression and had to be put down, while Arnold missed his companion and succumbed to cancer in his leg twice. He lost the battle in 2010, to cancer and since then we stayed dog free.

The family unit had since grown up and we were no longer teenagers, but fully grown men and women who had their own relationships and life’s.

I know that I would eventually find another dog, when I had settled and my youngest children were old enough to look after and understand that dogs have feelings and need to be cared for to.

So in 2015, my wife and I decided to have another child – but not one that had 2 legs, no this one would have 4 legs. He had to be big to tolerate the two young boys, cuddly enough to treat as a teddy bear and friendly enough to approach all people. I’ve always preferred larger dogs and therefore wanted to have a Newfoundland or a Bernese Mountain Dog, but as anyone would know with a lady in their lives – listen to the female. She wasn’t so keen on have a 140 pound drooling, hairy, cuddly teddy bear slobbering everywhere – so that meant the Newfoundland was out of bounds. We searched a little for large dogs that were nearby and on a puppy buying website we found an advert for a ‘Labernese’, a combination of a Bernese Mountain Dog and a Labrador. After a little research, we found that these were a new breed of dogs specific tolerant of children and breed for Autistic children due to the temperament and ability to stay relaxed!

Well having two boys aged 3 and 5, we thought this characteristic would be great with the boys and he could learn to run with them as he grew up.

Leo the Labernese would be a fantastic addition to our family and just between you and me, they don’t make great guard dogs and generally sleep all day…see from the picture!

I’ve grown up with dogs throughout my childhood and can bond especially well with all dogs. My first dog was a called Kizzy, she was a Retriever cross Springer spaniel and I will post some information about her in due course. 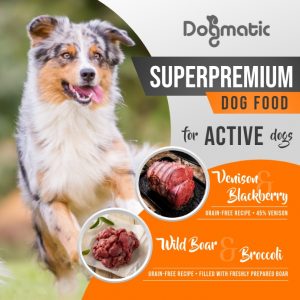